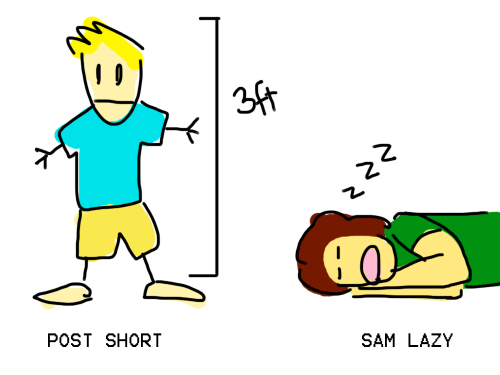 So without further, or in fact any, explanation, behold our very first Bullet Post!

The other day I saw this huge, geared-out truck and thought, “Wow. A huge truck.” But then a fluffy toy poodle stuck its head out the window. I didn’t know what to think after that.

Maybe something like “Wow. A huge truck. And a poodle.” 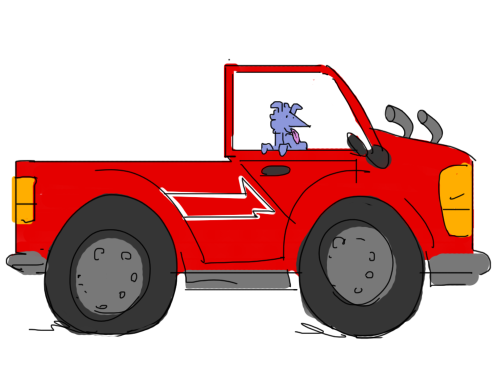 My girlfriend and I were talking on our cell phones when she said she wasn’t feeling the connection anymore. I said it was probably because she was going through a tunnel of love.

I think about the Donner Party a lot.

I keep this notepad by my bed so if my mind’s racing and I can’t sleep, at least I can write down my ideas. The problem is,  I never remember to check it. So one night, in a flash of brilliance, I wrote, “check notepad.”

At least, I think I did.

I created a document with all my post ideas. I wrote down about 70, then accidentally deleted it. But that’s ok, cause now I can write about that time I deleted my list of ideas.

I wanted to figure out how important self-reliance was, so I took a poll.

If I were Neil Armstrong and I fell on hard times, I’d just go around selling rocks. When people asked me why I was selling rocks, I’d say “They’re moon rocks!” and tell them I hid them in my pants. We’d laugh and laugh, and maybe they’d buy one, cause people will buy anything from Neil Armstrong. 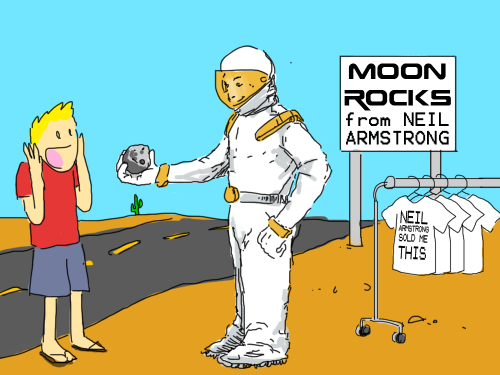 And finally, a proverb:

A chain is only as strong as its weakest link. But once it breaks, you have two really strong chains, which, in some ways, is more useful. 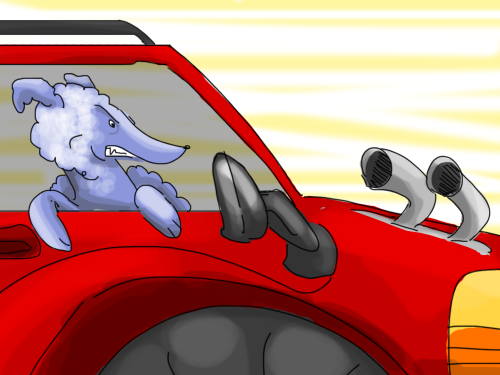 32 responses to “It’s Time for a Bullet Post • Jokes, Rapid-Fire”