Oops, I Got an English Degree!

This morning, I woke up to a horrible realization. Actually, that happens pretty much every morning, the realization being that I’m awake and no longer in the blissful world of dreams.

But on this fateful day, I came to recognize a much more devastating truth: I had spent four years of my life studying English.

You’d think kids who get into Stanford would be smart enough not to pursue their dreams, but I’ve always been quixotic (and as an English major, I can tell you that word’s based on a character…from a book!), so I studied what I loved, future be damned! My parents, idealistic saps that they are, actually encouraged me towards this! They said, “Russ, you can do anything if you put your mind to it!” Can you believe that?

So I kept at it. I enjoyed my major, and I’ve never been one to deny myself any desire, no matter how whimsical or potentially hazardous. 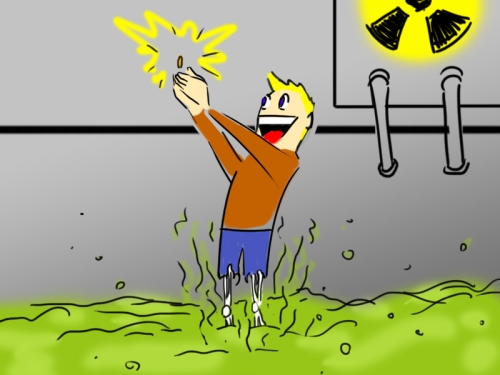 And it was just so easy. Wait until the final paper is assigned, read (or skim) a single book, then write an eight page treatise on the main character’s Oedipus complex. How could I turn that down?

Unfortunately, it just so happens that people in “real life” expect you to have these pesky things called “skills,” and for some reason, nobody mentioned them to me until it was too late. All my computer science friends had these amazing resumés, and I didn’t have an iota of work experience. I assured prospective employers of my vast intellect and chronicled all the fantasy books I’d read, but still I didn’t receive a single call from any of the companies to which I’d applied. Didn’t they see how well I’d praised myself? Didn’t they understand how my comprehensive knowledge of potential post-apocalyptic scenarios could come in handy?

Suddenly it’s graduation and all my friends have moved to San Francisco and New York to do important work, so obviously I have to pretend that I have my life together too. I decided to take a year off to “find myself” and “work on my writing.” They seemed like good excuses at the time, but then it turned out that finding myself was hard to do when there was so much good TV on, and working on my writing was nigh impossible when you end up joining a fraternity that’s always throwing booze and women at you (not that I succeeded with the women). When I was working toward my degree, I didn’t mind the distractions, but now I was starting to realize that without an outside force giving me a series of easily attainable goals, I had developed some sort of weird conscience/guilt complex that made me feel horrible about myself.

It was terrible! Before this year, I’d always loved myself (heck, somebody had to!), but now my life was a travesty of my ill-formed childhood plans. I was supposed to be a multi-billion-dollar writer person who lived on the moon.

Sure, living in San Luis Obispo is nice, but it’s no the moon. Now, I could blame the lack of lunar accommodations on the government, but there was no excuse for the unearned billions. Clearly, I had to start doing something that would get me paid, or laid, or anything really. And with that, we’ve returned to the head of this ouroboros* of a conundrum: I have a degree in English. Where could I find people crazy enough to pay me for that?

And then it hit me: the internet! 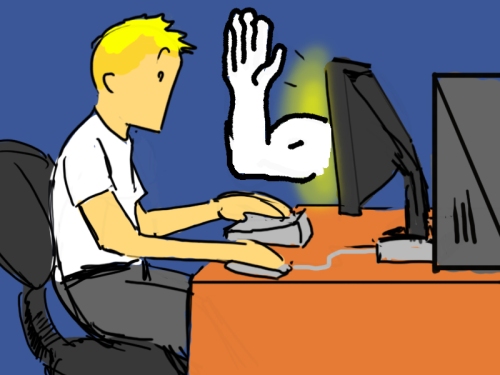 There are plenty of people who make money on the internet, right–plenty of people who are (presumably) a lot less “qualified” than I am? If they can earn a living by remorselessly spewing out their life stories and pointless observations, why shouldn’t I? Why shouldn’t I enter this modern-day gladiatorial ring and battle my fellow English majors for the love of the wealthy masses. After all, it’s up to us to stave off the ennui of conquering the known world, and if we’re good enough, somebody might pay us.

On the web, everyone can put themselves up for examination, and if they’re pretty or funny or ugly enough, never have to do any real work. And in the end, isn’t avoiding real work what being an English major is all about? That’s why I’ve started blogging. Even if I can’t achieve anything real, I might at least become internet famous. So here goes. This is my blog and my chance to show my parents that their money wasn’t wasted, or that it wasn’t quite as wasted as they previously thought, and that I’m not quite as wasted as I was five minutes ago. Funny how that works.