Food is my one true love, and I am accepting of all its forms, whether it be moldy, partially consumed by a stranger, or, as the title suggests, of dubious origins. My friends have referred to me as ‘the garbage disposal’; ‘trash compactor’; and ‘a relentless, insatiable, gaping maw that demands constant sacrifice’. When I go out to dinner in a group, I don’t order anything; instead, I salivate as my friends scarf their foodstuffs in hurried discomfort. But they are weak and their portions large, and they always end up leaving their delicious (and completely free) scraps as offerings for my all-controlling stomach of steel.

Nothing fazes my mithril-lined esophagus. I rip the mold off cheese with my teeth, then swallow it; I put brown bananas into my smoothies, then drink them; and if meat smells rotten, I just wash it off until the offending odor is masked, and if that’s not enough, I simply stop inhaling through my nose.

I inherited these traits from my father, whose circus-strength stomach allows him to digest anything soluble in stomach acid, no matter how expired. As a bargain hunter, nothing brings him more joy than the reduced-for-quick-sale section at the supermarket. The fewer hours of shelf life a store item has left, the cheaper it is, so he treks to the grocery store minutes before closing time, scoring discolored meat and wilted spinach for a fraction of the original price.

As his offspring, I was constantly subjected to these expired triumphs, and rarely experienced a dinner untouched by the twin seasonings of freezer burn and decomposition. I think my father was trying to forge my stomach into a food chamber as impervious as his, and for the most part, it worked.

Even if I do sometimes come down with a case of excruciating stomach pain, my mind remains steadfast, addicted to the rush that comes with avoiding waste, no matter the consequences. Nothing parallels the taste of environmentalism that comes with every bite you take to save an abandoned morsel from the dumpster.

At restaurants, I am so disgusted at the wanton squandering of perfectly good food that I sometimes sneak scraps off the tables of strangers before the waiter can throw away that last bite of steak or half-glass of wine. I revel in my delicious, planet-saving ways, always to the horror of my dates, who, for a reason I can’t quite put my finger on, never return my calls. 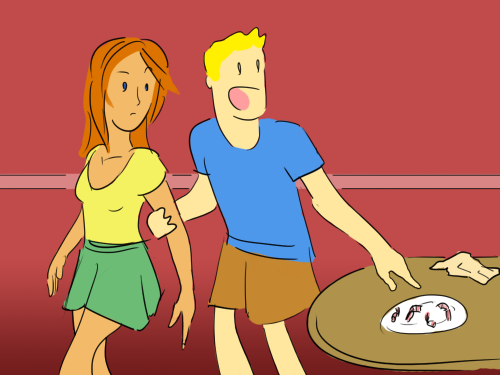 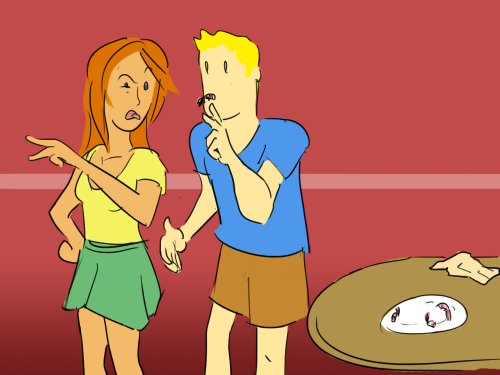 While this example is of course eminently reasonable, sometimes my attempts to save food go just a little bit too far. I know, I know, you’d think there’s no such thing as too far when it comes to this, but believe me when I say it’s happened.

Like last summer, when half a burrito appeared in our fridge following a week of drunken revelry. Thanks to the haze of our collective memory, no one could pinpoint where it had come from, and despite our Holmesian powers of deduction, further inspection gave us little insight. We were unable to determine even the ingredients, for they’d all faded to a uniform shade of grey. Naturally, the only option left was for me to use the tried and true Taste Test. I heated up the sucker and took a bite— 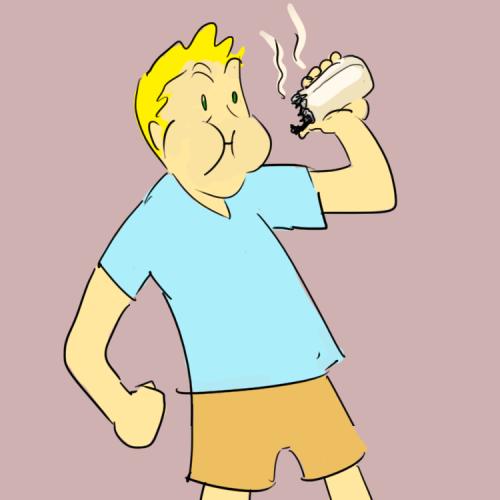 SON OF AN UNDEAD SKUNK it was terrible! I’d never tasted such disgusting meat, if it could still be called ‘meat’.

But I’m a glutton for attention as well as food, so I announced my findings loudly to the group, complaining with what I considered entertaining zeal…and then took another bite—HOLY MOTHER OF MOLD it was just as bad as I remembered. And yet I took another bite…and another, loudly lamenting my fate the entire time, until finally the whole thing was gone.

I was had just enough time to lift my arms into a celebratory first pump before my stomach contracted in violent spasms. That night was spent mostly moaning and rolling around on the floor.

Better was that time I woke up and walked into the backyard to observe the glory of the morning, where much to my surprise I happened upon a giant vat of chili sitting on the porch. That was the most glorious morning of all. There was no telling how long it had been sitting there beneath the beating sun, and the manner of its arrival was similarly mysterious. Was it perhaps left by an assassin who was aware of my inability to resist unexplained food?

And how long had it been baking in the heat, turning from delicious bean-meat to disgusting heat-rot?

These were the thoughts that didn’t once cross my mind as I began to devour it with abandon. It was as delicious as any unexplained porch chili I’d ever tasted. Whatever poisons the recipe had called for obviously didn’t affect the flavor or consistency.

Probably my family’s crowning achievement in the world of questionable food preservation was our pilfering of what became known to all our friends as the “trash burgers.” You see, at the end of my high school baseball season, one of my rich teammates’ families threw a party. It was an extravagant affair, riddled with a lavish assortment of buns, condiments, and chips, and they spared no expense on the mostly-beef hot dogs and the Costco burger patties. They grilled literally hundreds of burgers, an unmanageable number by anyone’s standards. The 14 of us and our assorted family members did what we could to dent the meatacopia, but we were no match for the half-cow of beef that lay before us.

As the party drew to a close, it became clear that at least 70 burgers would go uneaten, but before clan Nickel could react, the party-thrower dumped them all in the trash in an act of pure apathy! By god, man! What were you thinking?! There will be starving children at the Nickel household in oh, 8 or 10 hours!

Seeing those perfectly good patties tumble with finality into that unforgiving germ canister was one of the worst moments of my life, or was at least slightly disheartening.

I was younger then, and less resolute, so I merely mourned the loss, trading hope for less effective tears. But my dad, he’s a man of action. He called me to his side, and together we analyzed the physics of the trash can. It quickly became clear that with such a quantity of burgers, it was impossible for all of them to touch actual trash. We rejoiced, seeing to our delight that a good 40% of the burgers were protected on all sides by a buffer layer of more burgers!

Not caring who judged us, we proceeded to pluck every unsoiled patty from its doom and stack them onto a series of plates. We feasted on those burgers for weeks and weeks, tasting joy in every rescued bite.

We’re humanitarians of the highest degree—that’s what I say.

Man, all this talk of food is making me hungry. If only I had something to eat. Wait a second! I’m pretty sure I have some sushi leftover from last week! Excuse me, would you?

41 responses to “Food of Dubious Origins”