Every day this week, I’ll attempt to entertain you with a tale of one of my run-ins with law enforcement! Here we go!

As an exemplary example of upstanding citizenship, I’ve had very few interactions of the cop variety. In fact, I can almost count them on one hand, but every time I get to 2, I get distracted!

As a child, I was rarely let out of the house, and even then, my leash only allowed me to stray so far from my parents without being choked, so beyond the occasional leash gnawing, I had little opportunity for mischief. 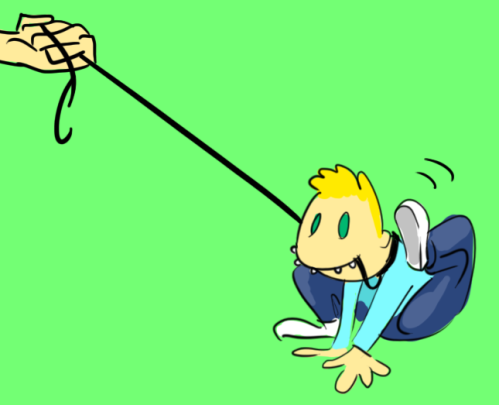 But all that changed when, at the ripe young age of 16, my parents took off the harness and forced me to get my learner’s permit. The only flaw in their plan was that they had to sit in the passenger seat for 6 months while I drove frighteningly close to parked cars, swerved into oncoming traffic, ran down cones, small mammals, and small, cone-shaped mammals, and was generally unable to control my new power. 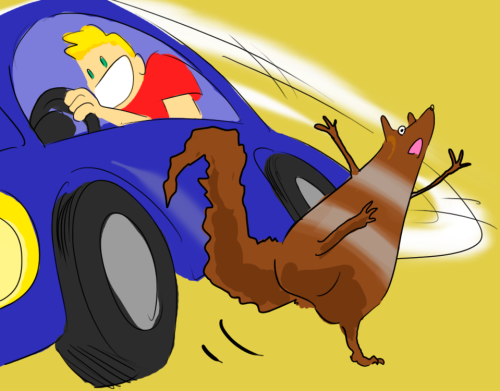 With moderate power comes a similar level of responsibility, and now that I was behind the wheel of a car, I was subject to the rules of the road and the authority of the roadkeepers. Soon enough, there would be a head-on collision… metaphorically.

Encounter One: The Meter Maid! 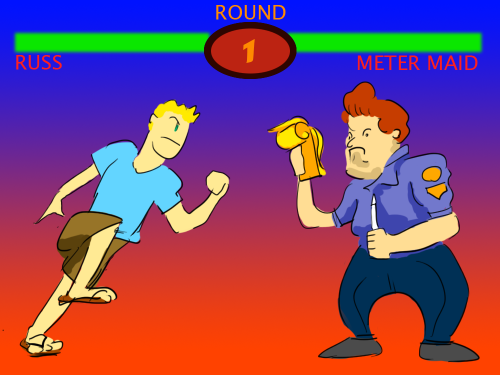 The year was 2004. It was a crisp afternoon, the kind where the air smells like rotting seaweed and opportunity. The sun shone overhead, casting an aura of growth and joy upon me, and I thought then of fields of wheat, my favorite grain. My thoughts quickly turned to milling, literally, then bread, and finally settled into a lust for sandwiches. It wasn’t long before my maternal unit similarly succumbed to the sun-induced line of reasoning, and, taken by her desire, she phoned in an order for a Pastrami on Rye. She never could’ve known what that sandwich would cost us, never could’ve foretold the effect that simple order would have on our family.

That was one of the days I was practicing my none-too-reassuring driving, so it was I who turned the wheel and pulled up to the sandwich factory. But the fates conspired against us that day—there were no parking spots. My mother, bless her misguided heart, told me to park in the red—it was just for a second. I argued, but the sandwich frenzy was upon her like I’d never seen, so I grudgingly obeyed.

Critical Hit! From out of nowhere, a meter maid knocked on the window! Flustered beyond reckoning, I started weeping like a little girl trapped in too tight a leash. 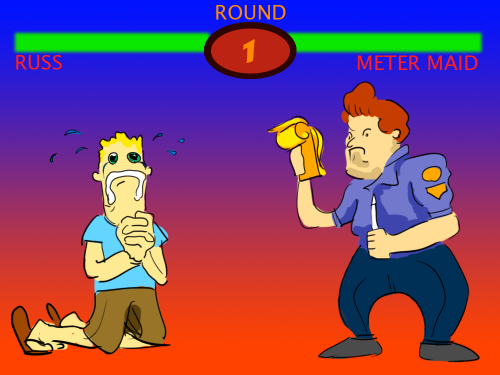 But the meter maid was a ruthless Fräulein, and before I knew it, I’d gotten my first and only parking ticket, and also had my first encounter with the law, albeit the lowest and most loathsome form.

It doesn’t really count though, since I passed the blame off on my mom and didn’t have to pay for anything because she felt guilty.

Stay tuned for Day 2 of Cop Week, in which the intrepid Russ learns takes apart his car to determine if it’s a Transformer in disguise.