The year was like 2 weeks after that last part, and I’d decided that I was going to fight my ticket tooth and nail…and fist…and probably weapon, and a lot of things more effective than my neatly trimmed nails and unsharpened non-fangs. But most of all, I was going to fight with my charm, so when my court date arose, I put on a button-up, squeezed into real pants, and donned my finest sandals.

The line was absurdly long, but on the plus side, the guy in front me told me all about the intricacies of cabinet design (though in this economy, people seem not to be hiring quite as many high-level cabinet engineers. Go figure), and the one behind me gave me a lesson or two on shanking technique. Both equally useful. 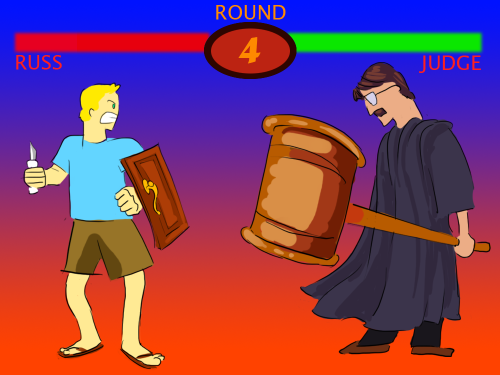 I made it into the courtroom and sat, with nothing to do but listen to the cases of those before me.

“I swear, your honor. The cigarette I threw out the car window was my friend’s.”

“I swear I was only going that fast so I could pass someone.”

And so on. The judge let people who did the cigarette throwing off the hook if they promised to quit smoking, which they all readily did.

Finally they called my name, and I stood, fully prepared to make the judge and audience swoon with my storytelling prowess. I stepped forward, ready to give the speech of a lifetime.

And was promptly kicked out of the courtroom.

Two weeks later, I was back, shoed and ready for action! I explained my whole story with all the wit and charm I could muster, weaving tales of the my good-natured, law-abiding ways and the terrors of the evil cop and his sinister mustache. I had the audience laughing at my every sentence, enraptured by the first semi-interesting appeal in their three hours of mindless sitting. Even the judge was impressed, but then he told me that no matter how much he enjoyed my tale, the cheapest way to deal with the ticket would be to go to bike school–the very fate I’d come to court to avoid! I tried to cull a lesson from this, but all I could think was that I hadn’t needed to get up early in the morning, and more importantly, I hadn’t needed to wear pants. Awful, constricting, heat-trapping, soul-sucking pants. The world is a cruel, cruel place. 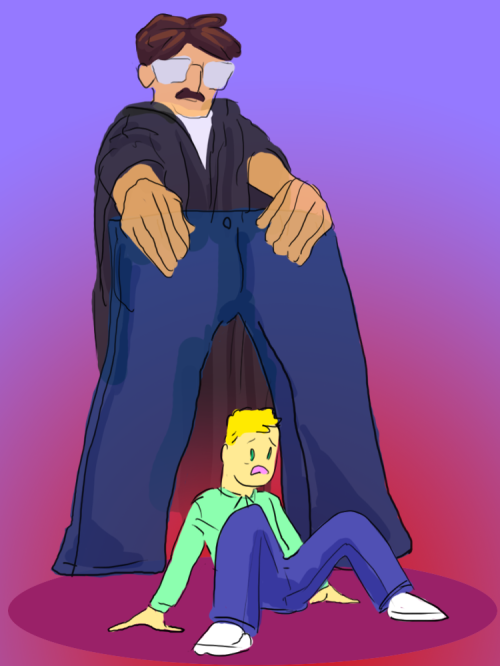 Stay tuned for the Penultimate Post of Cop Week, in which Russ misunderstands the meaning of Bike School and sends his bike to class.