I stuck to general abstractions on Tuesday to, you know, make the post more relatable, and not at all because I started working on it around 9 p.m. But then I ended up writing some more, and I figured, like with a bunch of trash burgers, I shouldn’t let it go to waste.

So here’s a Thursday addendum, full of specifics!

Like a fish swimming upstream through uncharted waters, I floundered through a sea of unsuccessful pseudo-dates, evenings ending with confidence-boosting phrases like “That was a lot of fun,” or “Well, see you around I guess.” And when things did work out—mostly due to a girl’s ability to overlook glaring flaws in my suavity—I would get so bamboozled that I’d forget to turn left at first base.

But last summer, that changed; I became a camp counselor. What most people don’t realize about camp is that we supposed “adults” are just as much at camp as the kids we’re taking care of. And since we’re no longer minors, anything goes.

Summer brings out the best in everyone. Sunshine, happiness, bikinis. The head counselor of the dorm next to mine was this gorgeous blonde who oozed mystery, irresistible partly because she’s undeniably beautiful (an actual, real-life model, and I was talking to her!), and partly because she scared the crap out of me. First, she was frighteningly out of my league, and second, her Facebook pictures were all intimidating modeling shots of her swinging an axe wearing nothing but a leather jacket. 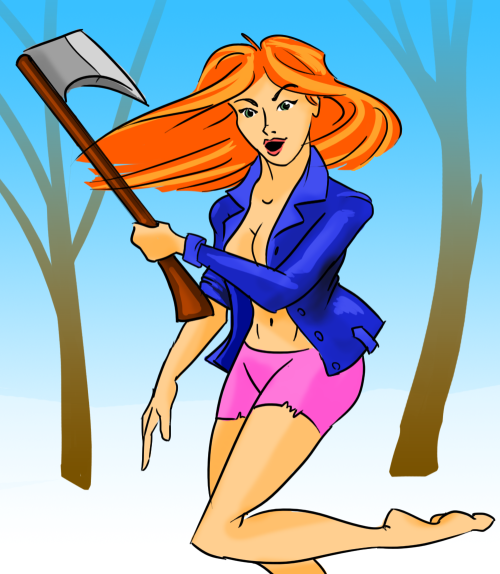 But her most alluring and disturbing quality of all was that I could never get a read on her. She’d laugh at my jokes, but I couldn’t stop thinking it seemed like the way the White Witch might laugh at Edmund Pevensie. In the realm of pseudo-dating, it’s impossible to tell whether those Turkish Delights she’s offering you are merely candy or rather some obscure sexual position.

Then came the interim weekend, in which we were free of the children. We threw a huge party, and in the pinnacle of my game-spitting career, I somehow managed to woo this girl, an event which, unfortunately, I hardly remember. All I know is that we hit it off, she was way more interesting than I’d ever imagined, and we totally made out. Even the most beautiful of women suddenly seem within reach after a few beers and then some more beers. 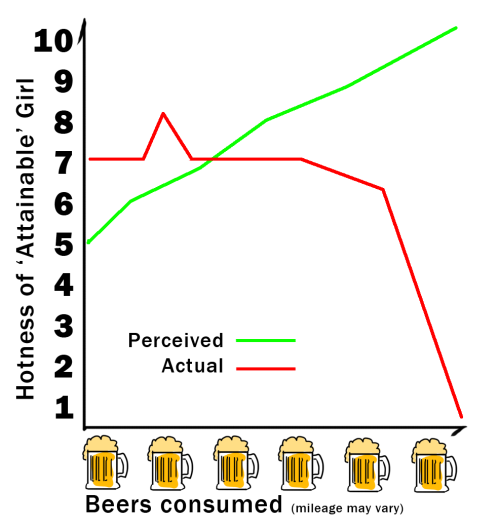 But I couldn’t tell if it was anything more than a random whirl.

Then one day she sends me this text: “Do you want to come to yoga with me this Thursday at 8?” All I want to do is things with her, but yoga?! At eight?! In the morning? That’s the worst possible thing at the worst possible time. And it’s Bikram yoga. Is she asking me on a date, or is she just a sadist who’s excited to watch me suffer in a 110° room? Or worse, was she testing me for flexibility and estimating my sexual prowess? (An event which occurs all too often.) I can’t imagine there’s anything less attractive than sweating profusely while displaying total incompetence and inflexibility, but what other option did I have? If I didn’t go, she might never invite me to another thing, and if it truly was a date, I certainly couldn’t risk accidentally rejecting her.

On Thursday, I wake up, toss on some clothes that seem vaguely yogappropriate, and pick her up.

What proceeds is basically the worst hour of my life. I’m stretched and prodded and bent into inhumanly uncomfortable shapes Mr. Fantastic himself couldn’t achieve, all in the name of relaxation. I’m pouring sweat from places I didn’t even know I had, and since I’m terrible with heat, I have to leave the yoga studio every few minutes to cool off, weaving my way through the downward-facing obstacles all around me. Crush girl is alternatingly encouraging and mocking, but my scorched brain has the capacity to appreciate neither. Bottle after bottle of water does little to slake my unquenchable thirst for escape, and I smell like, well, someone doing Bikram yoga. In short, there was no way I was impressing anyone.

After such an abysmal, sweat-coated failure, I knew I had to delicately craft myself a second chance. At this camp, we had to sign up for the afternoon activities we wanted to lead, and after a couple weeks of meticulously trying to predict which event she’d have selected in that half-creepy, half-desperate, half-endearing way that only bad math can achieve, I finally got paired with her on a trip downtown.

Any work-mandated trip can hardly be classified as a true date, but then again, she had kissed me that one time. I was going to make this the most date-y two hours I’d ever been paid for. All in the most non-gigolo was possible, of course.

On the way downtown, we debated whether fear or love was a more useful means of control and, like a high school movie cliché, we made a sexually charged bet. I would win if all the kids came back to the bus on time thanks to nothing more than my friendly encouragement. I released the kids into the wild, promising them that I’d be their friend forever if they could avoid being late.

I was absolutely positive the stakes of this bet were a kiss, but I was too afraid to actually say so, so I left it up in the air—we’d cross that bridge when I planted my lips all over it.

This was a horrible mistake! If I’d just brought it up, she’d have smiled slyly, said something clever, and I’d have known it was on. Instead, I was left to wonder, twisting the whole experience from sexy charm-fest to fear-filled pseudo-date.

We wander around downtown, free of the clutching needs of the high-schoolers. The afternoon wears on, the tension increases, and I’m falling into the allure of this girl. A traveling magician performs tricks for us, we chow down on some Thai food, we talk, we talk…

She’d traveled the world! She’d modeled! She loved animals! She’d been published! Where did this girl come from? It was a magical moment for me. But that’s the whole point. It was magical to me. I had no idea what she was thinking! What did she think the bet was about? Did she realize we were only downtown together thanks to some careful posturing on my part? If she did, would she be flattered or freaked?

As we’re walking back toward the busses, all I can think about is the bet. There was so much awkwardness about the stakes. Is that because she’s excited too, or is it because she knows I’m thinking “kiss” and she’d rather not revisit the events of the last weekend. We’re mere minutes from the bus, and I can barely form coherent sentences. We start to count the kids.

Wait. Two are missing. They’re the two from her dorm. Where are they? I stare at my watch as the seconds tick away, hoping against hope that they’ll arrive in time for me to win the bet. This could be life-changing. This one minute, this one kiss, it could be the moment that starts everything!

But they’re one minute late.