Tag Archives: Why is Moist Such a Horrible Word

As the cofounder of the most successful blog I’ve ever cofounded, I’m well aware that you reader types are filled with envy toward me, or if not envy, at least a weird, tingly feeling. But you needn’t see a doctor about it, because I’m right here with your diagnosis: tingling sensations are pleasant; enjoy them! Now, Sam and I are nothing if not gluttons for some healthy competition (or unhealthy, now that you’re refusing to see a doctor), so we thought we’d explain how we became so tremendously successful. And trust me, we are successful. After all, we’ve sold nearly 8 items on our store, and my parents only bought 4 of them.

We’ve already taught you how to write a blog post, and in merely 39 steps, no less. But we neglected to explain what to write about.

This post will remedy that oversight. You see, people read our blog not because it’s entertaining or well-written, but because Sam and I, in a freak accident involving leeches, some exposed wires, and the color purple, stumbled upon the exact keywords and components that turn a blog from standard catnip into cat cocaine—you know, in a world where all blog readers are cats and internet virality is a physical drug.

And now, without further hilarious introductory paragraphs, we give you the 10 keys to generating massive blog traffic.

People don’t like the idea of reading an endless series of paragraphs, even if the endlessness stops after 4 or 5 paragraphs. The more numbers and bulleting the better!

People often rest their hands on their mice, and if they’re startled by a loud noise, they might accidentally click on one of your links, increasing your page views.

But don’t just link to your own content! Link to everything you can possibly imagine! Through the magic of pingbacks, referrals, and actual magic, this will direct people to your site. Maybe a fellow blogger will be too curious to resist investigating why you’d link to them, or maybe your wife will come on here to tell you about the cease and desist order her lawyer filed for always directing people to those risqué photos of her.

When choosing a topic, it’s important that you not fall into the trap of writing on a subject you’re passionate about. Rather, you should go to http://www.google.com/trends/ and see what the nation is searching. Choose one of the top 10 hottest searches at random (any method will do—ten sided die, random number generator, augury). 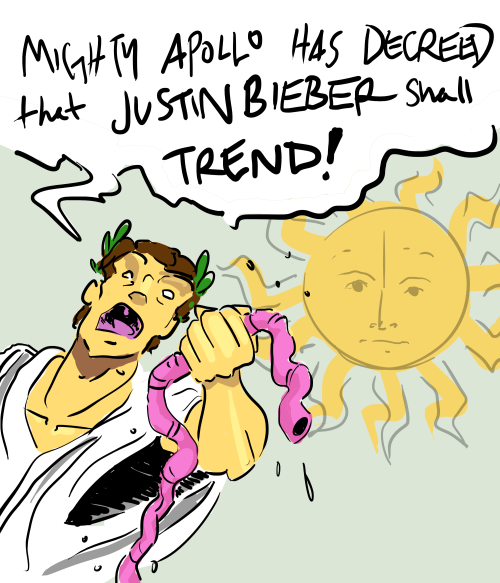 Then take an extreme stance and write about the search term in an angry and divisive fashion. This will rile up readers and get you loads of angry comments! Remember, it’s not the type of feedback that matters. It’s the quantity!

And if you can’t think of anything trendy, just include one of the 5 standbys of the internet: animals being cute, people accidentally hurting themselves, whatever magical/vampiric/arena-death-match book series is popular for teen girls at the time, cats doing weird things, or Star Wars. You know what’s always trendy? Guys spending time on the internet for unsavory purposes. Nobody’s at their computer more than nerds, and those same people are the ones without girlfriends (myself included). Tap into this market. Their searches for “naked princess peach,” “star fox slippy sex” and “ecco the dolphin cosplay” will bring in hundreds of sexually frustrated new readers! They may not do any reading, but your new content will definitely make them come repeatedly to see if you’ve updated.

Remember when you were a kid and you couldn’t get enough of tag? It’s time to bring back that spirit and ignore all those “adults” who tell you to have fewer than 100 tags per post. Tags help you show up in search results no matter what you’ve written about. That’s the beauty of it. They don’t even have to be related!

There’s nothing like begging to emotionally guilt people into doing what you want. And don’t be afraid to toss in a threat or two. Seriously, would you please beg? For the love of god, beg! If you don’t beg right now, I’m going to come over there and break both your two-legged stool’s legs.

8. Be Freshly Pressed by WordPress

We don’t really have any tips on how to accomplish this, but we sure as hell wouldn’t have any readers at all if it weren’t for the people over at WordPress who thought we were funny. Or maybe they just threw a dart and it landed on us, I don’t know. As much as I hate to admit that others have power over me, it’s the truth. This isn’t very informative. We just thought we’d put it in here on the off chance that this post gets Freshly Pressed. Then we can say things like “Whoa. Meta” and “Boo-yeah!” and have them be applicable. And if it doesn’t, then we can say things like “I never liked WordPress anyway,” and “whatever those sounds are you make when you’re crying.”

9. Lie to Your Audience

It’s important to keep readers on their toes. Nobody wants what they think they want. I mean, I was pretty sure I wanted Bruce Willis to be alive while I was watching the Sixth Sense, but Mr. Shyamalan knew me better than I knew myself. And I wanted The Last Airbender not to suck balls, but once again, he showed me who was boss. 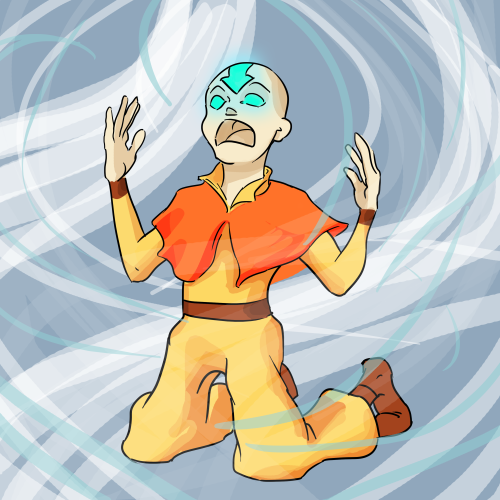 And there you have it! Follow these “10” simple “steps” and you’ll generate thousands of page views in no time. Sure, page views don’t mean anybody’s reading anything, and probably people will just be enraged by the fact that they didn’t find what they were looking for. But in the end, I think we can all agree that we blog not because we want to disseminate useful or entertaining information, but so we can see that little number go up on our stats page.

And if you’re interested, check out our new webcomic: The Joy Cannon!

Tagged as Barack Obama, Best Your Mom Jokes Ever, Blake Lively Nude, Blinded by the Light Lyrics: We Don’t Know Either, Captain Kirk Padme Love Story, Comedy, Do Skulls Make the Best Goblets, Every Actress Ever Nude, Honey Badger Cares Deep Down, How Many Licks Does it Take to Get to the Center of a Tootsie Roll Pop, How Much do Tennis Players Sweat, How to Make Him Love You: The Trick is Cat Urine, How to Use Sunset to Tell Direction When You’re on an Island, How to Weasel Your Way Out of an Unholy Pact with the Devil, Humor, I Am Spartacus, Keira Knightley Nude, Killing Spiders with Flip Flops, Kristen Stewart Nude, Lists, Lycanthropy: A Guide to Not Eating Your Friends, Megan Fox Nude, Mila Kunis Kunislingus, Mitt Romney, My Face Feels Like it Has an Alien Attached to It, Nude Nude Nuderson, Nude Pics Leaked, Olivia Wilde Nude, One Thousand Ways Paranoia May be Ruining Your Life, Pirates of the Caribbean 7, Poseidon, Quiver of Erroneous Data, Restaurant at the End of the Universe, Rise of the Planet Formerly Known as The Planet of the Humans: Part 2, Robots with Jetpacks, Rubber Baby Buggy Bumpers, Scarlett Johansson Nude, Search Engine Optimization, So You Think You Accidentally Ate Human Flesh, Stephen Colbert’s Plan to Take Over the World, Ten Most Likely Places to be Struck by Lightning, Ten Things They Don’t Want You to Know About Betsy Ross, Ten Tips for Surviving the Zombie Apocalypse, The Dangers of Quilting, The Ten Funniest Curses from the Necronomicon and Other Hilarious Incantations, The Ten Secrets to Reading Through an Annoyingly Long List of Tags, The Top Zero Quickest Ways to Shed Pounds Without Dieting or Exercise, The Uncanny Valley, The Way to a Woman’s Heart is Through Her Chest Cavity, Things Monkeys Eat, Things That Rhyme With Orange, Those Jewish Holidays, Unsatisfied by Your Penis Size: These Black Market–Surgeries Are “Sure” to Help, Using Quills as Poison Darts, Waffles, What Do Girls Have Under There, What the Fuck Happened in Sucker Punch, What to Do When a Pigeon Gets Caught in Your Water Filter, What was The Cabin in the Woods About, What’s West of Eden, Where the Wild Things Aren’t, Who Created Creationism, Who Is John Galt, Why is Moist Such a Horrible Word, William Shakespeare was Actually a Woman, World’s Most Famous Quotes, World’s Tiniest Violin Lost in Match Fire, Would a Cockroach Survive a Nuclear Holocaust, You’re Momma’s So Fat You Wouldn’t Sleep with Her Even if You had an Oedipus Complex